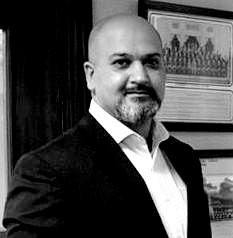 Redefining “Foreign Arbitral Award” in light of the

For more information please contact the author at afarooqmalik@afmalik-law.com.

Pakistan has two different legislations dealing with enforcement of arbitral awards. The Arbitration Act, 1940 deals with domestic arbitration awards whereas the Recognition and Enforcement (Arbitration Agreement and Foreign Arbitral Awards) Act, 2011 (which implements the Convention on the Recognition and Enforcement of Foreign Arbitral Awards, 1958; popularly known as the New York Convention 1958) deals with foreign arbitration awards. Therefore, it is essential to rule upon and ascertain the nationality of the award, as the foremost legal issue, as it is this finding which will consequently determine whether enforcement proceedings can be initiated under the Act of 1940 or under the Act of 2011.

A question of jurisdiction

The jurisdictional issue pertaining to the court is accordingly, of utmost importance, as the forums of relief under the Act of 1940 and the Act of 2011 are different. In the former, it is the civil courts and in the latter, it is the high courts (and such other superior court in Pakistan as may be notified by the federal government in the official gazette). While the Pakistani superior courts through their judgements have been clear enough to demarcate, distinguish and elaborate the respective jurisdictions of the civil courts and the high courts as stipulated under these laws, the judgements remain short of defining what exactly constitutes a “foreign award” or a “non-domestic award”. Alternatively said, what are the constituents of a “domestic award”.

The foremost issue of deciding whether the award is domestic or foreign is crucial as it triggers off the jurdisdictional question. Otherwise, there is a risk of assuming wrong jurisdiction and it is settled law that jurisdiction being a question of law should be decided foremost as absence of jurisdiction vitiates the entire proceedings.

The question of giving a definition to the term “foreign award” stemmed out of the case titled Taisei Corporation versus A.M. Construction Company (Pvt.) Limited [PLD 2012 Lahore 455]. Taisei Corporation’s subsequent appeal [Civil Appeal No. 722 of 2012] against the decision of the Lahore High Court is currently pending before the Supreme Court of Pakistan wherein, leave to appeal was granted to Taisei Corporation vide Order dated 08.08.2012 which states: “Leave to appeal is granted, inter alia, to examine that the Award in question is a Foreign Award or a Pakistani Award.” Although the Honourable Supreme Court has not fixed Taisei Corporation’s appeal for regular hearing despite lapse of almost seven years, it is expected that when it is done, the final decision of the Supreme Court in this matter will settle the controversy and we may have a comprehensive and exhaustive definition of foreign arbitral award and correspondingly domestic arbitral award through the interpretation of Section 2(e) of the Act of 2011 which defines “foreign arbitral award”.

A possible change of definition?

While we wait for the Supreme Court to give its findings in the Taisei Corporation’s appeal, a Division Bench of the Lahore High Court at Lahore very recently in the matter titled Orient Power Company (Private) Limited versus Sui Northern Gas Pipelines Limited [ICA No.210640/2018] has ruled on 01.08.2019 that:

“……….a foreign arbitral award under the Act is one made in a contracting state regardless of the governing law of the contract.”

Reference to the “Act” in the afore-quoted extract of the Order dated 01.08.2019 is to the Act of 2011. The learned Bench has relied upon the statutory definition of “foreign arbitral award”under the Act of 2011 wherein it has been provided that a foreign award is one made in a Contracting State and the Court has gone on to interpret the same with an addition caveat i.e. “regardless of the governing law of the contract”. The Lahore High Court has distinguished the leading judgment of Hitachi Ltd v. Rupali Polyester [1998 SCMR 1618] in this regard. However, whether this interpretation is correct or not, we will have to wait for the Supreme Court of Pakistan to rule upon which we may find either in the final decision of the Taisei Corporation’s pending appeal or perhaps if the Lahore High Court’s latest afore-quoted decision is challenged before the Supreme Court of Pakistan.